What This Fat Traveller Wore: Namibia

I have a love/hate relationship with deciding what to wear while traveling. Despite the progress I’ve made in recovery, I often have the thought that I will be the fattest woman there. The higher functioning portion of my brain realizes this is ridiculous. The eating-disordery part is occasionally louder, especially for places that are well outside of my range of experience. And nothing was further outside of my realm of experience than the trip I took to Africa last summer!

Leading up to my trip, which I took in late July/early August 2016, I googled a lot about what to wear. My husband and I were renting a Toyota Hilux truck and taking a three week road trip through Namibia, Botswana, and Zimbabwe. The information available for planning was negligible (more on that in a future post). I had a hard time even figuring out what temperature it would be in various parts of our trip! In many cases, the best information about the places we were staying were barebones websites and pictures that look like this: 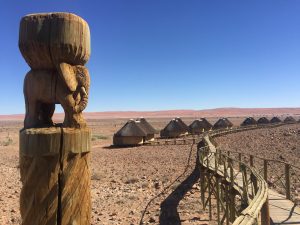 Incredible, right? But it gives very little away in terms of temperature.

Out of all of that googling, I was able to ascertain that it would be hot sometimes, and cold other times. The first half of our trip would be incredibly dry, and later we’d be in a more humid climate. So…not helpful. Now that I’ve been there, though, at least I can share what I wore on my self-drive safari through Namibia.

I think that about wraps it up. I could write so much more about that trip, but I at least wanted to get a start! I hope you’ve found it helpful. // 7×35

Why I Am An Unapologetically Fat Traveller 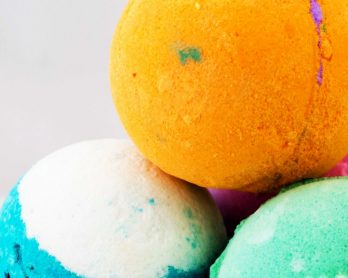